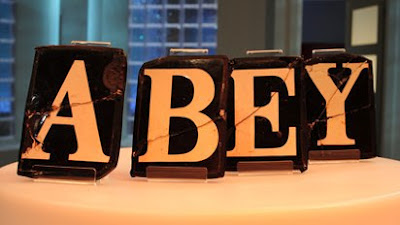 Four original tiles from the Abbey Road sign in London, as featured on the back cover of the album Abbey Road were for sale on the TV show "Four rooms" on Channel 4 in the UK recently. 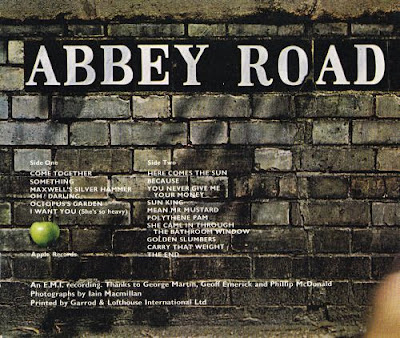 Seller Anne lived in a flat opposite the Abbey Road sign and when she discovered that the wall with the sign on was to be demolished, she rescued what tiles she could and her father glued them back together. Anne managed to rescue just four tiles A, B, E and Y. During the show, the tiles were sold to Andrew Lamberty for £7000.
He is now in the process of getting them authenticated. If he is successful, he has plans to put them in a presentation case and hopes to sell the letters for around £ 16 000 a piece.

There's big money to be made in pop nostalgia. Autographs of the Beatles also make big money depending what they are written on and can be authenticated.

The VW Beetle on the front cover of Abbey Road was bought by Peter Gent, a St Albans music shop owner, in 1986 for £2,500. It was later sold for $23,000 and is on display at official VW museum in Germany.

That's why my husband never took to Oasis. He said they were a rip off.

Paul and Ringo reunited, with their wives, at Abbey Road studios this morning for 50th anniversay bash.

Was listening to it in the car earlier, The Beatles Hour at 18:30ish. And heard Zoe Ball talking to Sir Paul at 08:10ish this morn. And somebody playing Lady Madonna on the piano yesterday, I think, at about 07:40.