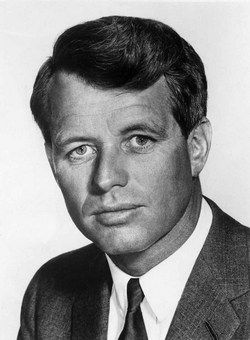 I didn't realise it was so long ago..

His assassin still lives on.

The government killed him.
Leave your candy-colored cans in the toy chest and try a pair of proper headphones.
Report Content
Message 3 of 6 (676 Views)
Reply
Highlighted

I remember this date all too well. My mum was up before me listening to the news as she wanted to hear the results from California on Bobby Kennedy's selection to run for President . She heard the news he'd been shot and told me. I was very upset remembering his brother's, John F Kennedy, assassination nearly 5 years previously. It was my first chance to vote in a Presidential election and I was hoping Bobby would be selected as the Democratic candidate so I could vote for him. It was not to be.

It was very early so all that was known was he'd been shot and who by, Sirhan Sirhan. The news of his death came later in the day.

I should also add this was 2 months after Martin Luther King was shot and killed. So 2 great men murdered in April and June of 1968. It was not a good year.

RIP Bobby and a belated RIP Martin. You were both truly great men who wanted to change America and died for it.
Lover of all things Samsung. Currently using Samsung Galaxy S10 Plus 128gb

I remember coming home from school and seeing replays of the assassination of the tv news....Only 2 channels in those days. I think it was the first time something was broadcast and in so much depth live from America. I remember being horrified at the time that something like this could happen. I had just turned 13.

I remember being so sad viewing it on the tv ... just like when his brother JFK had been killed ... still sad today