Did you know that today, June 25th, is Global Beatles Day?

The day was founded in 2009 and celebrates the huge influence that the Beatles had on the global society with their music, and also with their ideals. The song "All you need is love", written by John Lennon, was first performed by the Beatles on June 25th, 1967. 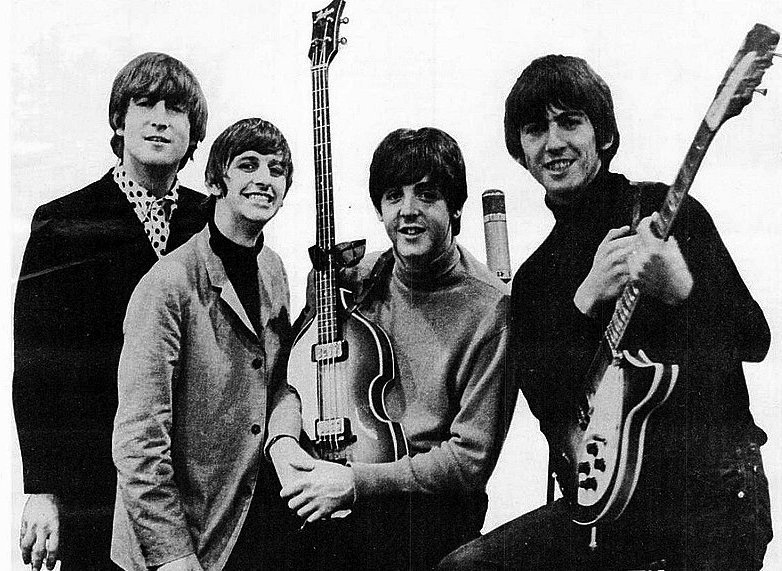 I know many of you are into music - do we have any Beatles fans here?

If so, what's your favourite album from them?

Which song(s) do you enjoy the most?

I grew up with The Beatles music & their films

& from a later album 'Get Back'

I like the lyrics of the 1st 2 songs mentioned above

My dear dad Roy, bless him, took me & my sister to see the film 'A Hard Day's Night' at Wolverhampton Gaumont = lots of screaming from girls in the audience

Excuse me for mentioning you @Bambino ... but I remember you posting on the forum a photo of your ticket for the Beatles at Shea Stadium, I hope I have caused you no embarrasment

No doubt that was due to all the screaming @Bambino?

When you look at archive footage of them landing in the US, the crowd of females were out of control. Sobbing and screaming with hysteria. It was the same wherever they went.

I was at Shea as well, so far up in the bleachers that they literally looked like beetles. But then I saw them up close and personal at a special show held in a Brooklyn cinema. The mics didn't work and John Lennon had a few choice words to say on the subject, which made me laugh out loud, which amused him.

Even if the mics had been working, due to all the screaming I wouldn't have heard them. And to be fair I was screaming as well

Forgot to add my favourite songs, don't have a favourite album. Songs would have to be Paperback Writer, Hard Day's Night and Hey Jude.

I've always been a big Beatles fan, I was 12 when I heard their second release Please Please Me on Radio Luxembourg, transistor radio under the bedsheets so my mum and dad wouldn't hear it. Radio fading in and out as always when listening late at night to Luxembourg. From then I was hooked, bought every record they released after saving my pocket money. From memory they cost 3s 8d, that's around 34p in today's money. Posters on the wall, haircut too

One of my favourite lyrics 'In My Life' but there are too many to list.

The Beatles were wonderful. They have written some songs that I know will be timeless and last forever.

I love Yesterday, In my Life and Hey Jude.

However do you remember the days (in the 60's) when you were either a Mod or a Rocker?

So using that as a comparison.... it was The Beatles or The Rolling Stones.

My friends were die hard Stones fans and it wasn't cool to like the Beatles. If you did, you kept it secret.

So although I secretly liked them a lot, my bedroom walls were adorned with pictures of the Stones.

Although, looking back at my collection of vinyl, it's weird that I have every Beatles LP and only a few of the Stones.

What lovely lyrics in the song you posted @jonsie 'In My Life' ... thank you for posting

My husband has just reminded me of his two favourites Eleanor Rigby and For No-one. Beautiful  song