What's wrong with 02 they reported my phone stolen

02 customers services are really a joke, long story short, I was told 80% of my data had been used 11 days into my new bill, 5kb never been reached in over 3 yrs, asked them to find out where it had gone, was told it was updates funny that all auto updates turned off only up date through wifi then she proceed to tell me how to turn them off, already explained they was off again she tried to explain to me how to turn them off. I eventually told her to stop talking to me if I was an idiot I do know how to use the phone. Told they would look into it will contact me back in a few days, this was a sat morning. Got up Sunday my phone had been cut off. Rang customers services again by landlines to be told I had reported my phone as stolen, explaining to them what was discussed the day before, managed to get sim reactivated told to put it in another phone until they could unlock the phone do they think I have phones laying around, told them it would be impossible to do. Had to wait until Monday afternoon before the phone could be used, asked them to find out how this happened would call me back by Fri. No call rung them still looking into it will call me back, NO call rung them. This went on for over a month. In the end I sent an e-mail to complaint review service. Finally got a call back, was told my first call had been listened to and no I did not report the phone stolen all they could think of was it was a customer service error and even though I requested a letter of apology I was told that would not be possible, offered one month free.
THEIR CUSTOMER SERVICES ERROR left my autistic child without his phone as I took the contract for him to have constant contact with me, it left him stranded away from home and no way of calling me to pick him up, he managed to get home alone. SO 02 CUSTOMERS SERVICES I BET YOUR REALLY PROUD OF YOURSELF.
Message 1 of 7
2,522 Views
0 Kudos
Share
Reply
6 REPLIES 6

Unfortunately mistakes can happen as people are only human.
Hopefully you are now back fully working again?
I have no affiliation whatsoever with O2 or any subsidiary companies. Comments posted are entirely of my own opinion. This is not Customer Service so we are unable to help with account specific issues.

Mistake I don't think so, I asked her not to speak to me like an idiot next thing I know phone reported stolen. She got her revenge. Just to point out only once did I get through to a UK call centre disgrace.
Message 3 of 7
2,515 Views
0 Kudos
Share
Reply

I would like to think of it as error rather malicious but it does sound as though the original conversation didn't go well. I'm not sure what you want to happen next, they have given you a little recompense and said they won't be writing a letter of apology.

Not a good experience at all and sad your son was put in that position. Hopefully no more data issues?

I'm Toby, the community manager. I'm sorry to hear about this experience and I'm sure it was a mistake rather than intentional. I'm more than happy to look into it for you should wish, just send me a private message 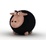 @Anonymous wrote:
Mistake I don't think so, I asked her not to speak to me like an idiot next thing I know phone reported stolen. She got her revenge. Just to point out only once did I get through to a UK call centre disgrace.

Yes, because customer service advisors clearly have nothing better to do than getting 'revenge' on people.

Meanwhile, back in the real world....

I don't care what rank I am and neither should anyone else.
Message 6 of 7
2,420 Views
0 Kudos
Share
Reply

@MI5 wrote:
Unfortunately mistakes can happen as people are only human.
Hopefully you are now back fully working again?

Mistakes can and do happen. Agree. Although I wouldn't completely dismiss a 'revenge' theory. At the end of the day I can't understand why people who are quick to say 'just a mistake, it's only human' wouldn't accept that there is a 'dark side of the human nature' as well, hence the revenge thing. Makes me wonder...

Not calling the customer back even if promised to do so, let alone repeating the promises all over and over again for a month without caring to fulfill them (as far as I understand that's what was happening here) is far from 'just a mistake'.