Sony mobile have confirmed the roll out of JellyBean has started for the Xperia S.

Although I should imagine it'll be a while before O2 customers see it, the ball is rolling!

Personally can't wait for the ftf to appear on certain websites so i can try it!

A plea to MI5 etc, those websites you use to see what firmware has been released on what networks/regions etc.... you don't happen to know the Sony one do you??

Ok thanks for letting me know so quick I take it O2 are still dragging their heels?
Message 61 of 121
3,084 Views
0 Kudos
Share
Reply

After having JB since the back end of last week, I am now starting to wonder if the wait was worth it - and I am 50/50 as to whether I wish I'd stayed with ICS!

There are some major bugs in this firmware which I hope are resolved:

- data on 2G, might as well not even bother. I had full signal bars and a "G" yet nothing was working whatsoever. I find it's always been pretty bad on this phone and my last phone (X10) but nothing was loading at all!

- the notification LED is white for everything

- not strictly a bug as such, but battery drain is dreadful

Things I *do* like about the JB ROM are its overall speed - pressing an app icon seems to launch it instantly, and I also like some of the user interface improvements.

So just a few warnings there. I think if I could go back to ICS and wait longer I would.

Definitely not for me, not ran into any of those bugs, if anything my battery life with the extended rates mode on is way better, currently have 50% left after 15 hrs live B-)
Message 63 of 121
2,926 Views
0 Kudos
Share
Reply

Anonymous
Not applicable
In response to alex_ncfc85

Interesting you mention all the bugs your having Alex. I think everyone is experience different one.  I am having the white led notification, battery drain (though can get two days out of one charge still) and the hd camera lag but that's it. Strange everyone who has done the upgrade early is experiencing different things

Looks like the update has finally arrived for O2 branded phones! PC Companion is busy downloading as I type.

Interesting you mention all the bugs your having Alex. I think everyone is experience different one.  I am having the white led notification, battery drain (though can get two days out of one charge still) and the hd camera lag but that's it. Strange everyone who has done the upgrade early is experiencing different things

Yeah it is strange, I am half tempted to completely wipe the phone and try again, or wipe and flash the .211 update.

The volume key bug is hugely annoying, another one is when the LED stays on after removing the charger - who the hell tested this software?!

I wish there was more documentation and support on the new features - what is the "throw" option when bringing up the menu on pics, videos etc??

Thank you o2, appreciate the better service with this update, keep it up:smileyhappy:

I just updated but now my keypress sounds are really loud, anyone else had this? the only way I seem to be able to adjust it is to turn it off or turn the ring volume down 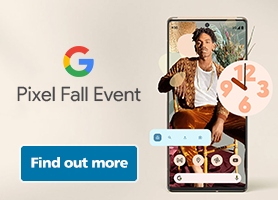