First , does the O2 supplied Sony XZ Premium display 4G+ on the display when in a relevant 4G+ area?

Second, is there a list of 4G+ areas anywhere?

I don’t think Cardiff is a 4G+ area (which is shocking IMHO) but it would be nice to know where I can pick up the higher O2 data speeds.

All Sony's from the Z3 on show 4G+, as I understand and no, never seen a list anywhere.
I have no affiliation whatsoever with O2 or any subsidiary companies. Comments posted are entirely of my own opinion. This is not Customer Service so we are unable to help with account specific issues.

I noticed 4g+ popping up a certain places. Leeds, Carlisle, a few places in Edinburgh and the London area. Bandwidth requirements from app to app.
Leave your candy-colored cans in the toy chest and try a pair of proper headphones.
Report Content
Message 33 of 43 (2,382 Views)
Reply
0 Kudos

I started to get a better reception in the past few months. Even on the sleepy hollow of Falkland. A village near Cup at, Fife. Whereas 2 to 3 years ago I never really got any signal.
Leave your candy-colored cans in the toy chest and try a pair of proper headphones.
Report Content
Message 34 of 43 (2,318 Views)
Reply
0 Kudos

I took this screenshot whilst my Network Cell Info Lite app was open a couple of days ago, when I had 4G+ in Ipswich. In the top-left, the 4G+ symbol is put there by the app, but the top-right is how Sony display it (that's an XZ). 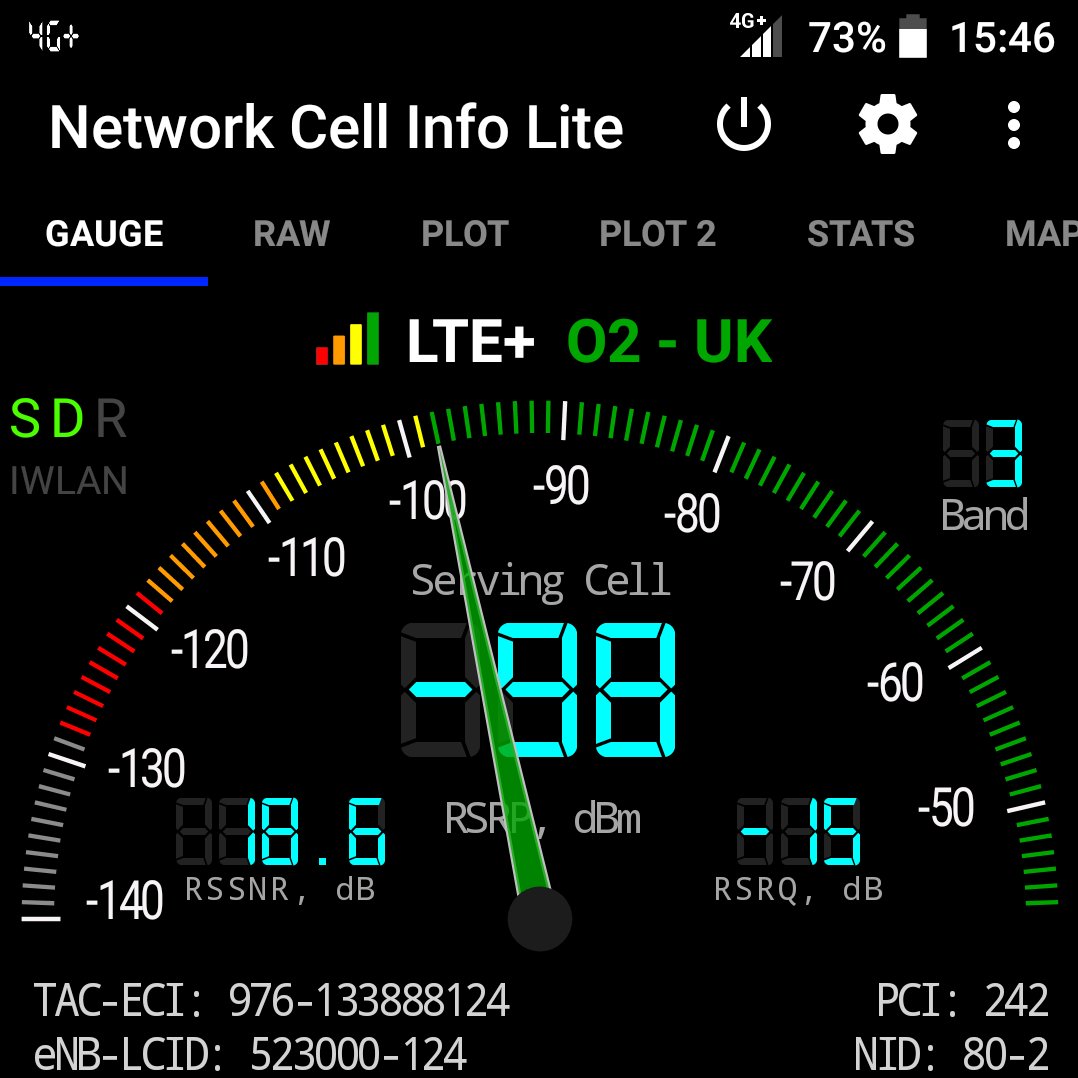 Everyone is keen to get a map of 4G+ coverage; the closest thing you can do is sign up on the Cellmapper site and download its app to your phone, so it can report back automatically. It's a bit like the Mozilla Stumblr app, but it lets you move the cell location from where it's estimated to be, to where it actually is; if you know, of course. O2's MyNetwork app lets you see where their transmitting cells are, for example, and uses Google Maps like Cellmapper - so you can easily compare estimated locations (almost always inaccurate) on Cellmapper, and correct them. So, as a result of letting Cellmapper run on my phone in that 4G+ area the other day, and with me knowing where the cell was already, it was able to show me the coverage (that it had confirmed via my phone) on the site's map view. It also confirms that O2 are running 4G+ on "band 3" (which is elaborated on a bit on the Cellmapper page), and it's LTE-A. I dare say a lot of you knew that, but I thought I'd demonstrate how you can at least map any 4G+ receivable to you, and indeed show others. I have nothing to do with Cellmapper or its app, by the way (and it's free). I don't have anything to do with NCILite either, but I've recommended that before on here and it was fine.

[I don't know why the "last seen" times regarding that one 4G+ cell are incorrect; that's the only thing which is "wrong" with anything). 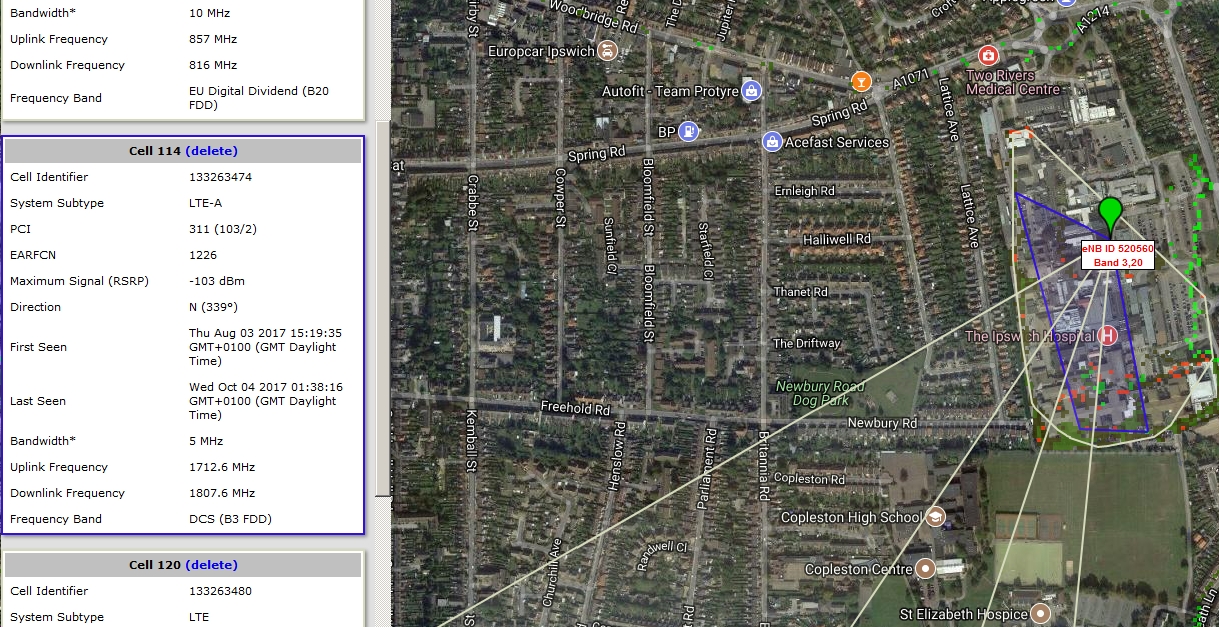 All broadband speeds average as not all internet connections require full bandwidth.
Leave your candy-colored cans in the toy chest and try a pair of proper headphones.
Report Content
Message 37 of 43 (2,184 Views)
Reply
0 Kudos

Maybe this got approved?
http://www.thelancasterandmorecambecitizen.co.uk/news/15445707.More_join_calls_against___39_eyesore_...
I have no affiliation whatsoever with O2 or any subsidiary companies. Comments posted are entirely of my own opinion. This is not Customer Service so we are unable to help with account specific issues.

Blimey @jonsie You must be special....